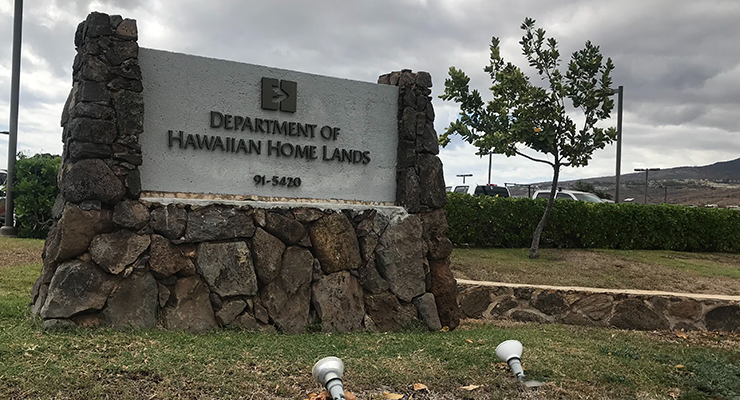 DHHL conducted three Beneficiary Consultations in January 2021. One of the meetings focused on the Kapolei community while the other two, conducted virtually, reached a statewide beneficiary group. All beneficiaries with updated addresses received a postcard mailer requesting their participation.

The purpose of the Beneficiary Consultation was to collect feedback and input on a legislative proposal to authorize limited casino gaming. HHC approved the draft legislation on December 22, 2020. The draft legislation was created to address historic funding shortfalls to the Department, which have been highlighted by the economic impact of the COVID-19 pandemic. Under the proposed legislation, the Department sought to set up a Hawaiʻi Gaming Commission and provide limited gaming for one license for an integrated resort on DHHL land designated for commercial use.

The anticipated revenue from a limited casino gaming resort would have helped address DHHL’s Waiting List. It is estimated that six billion dollars are needed for infrastructure costs to meet the needs of the existing list of over 28,000 beneficiaries awaiting a residential homestead lot.

An estimated 233 beneficiaries participated in the three Beneficiary Consultation meetings.  In addition, approximately 204 people submitted written feedback during the 30-day comment period and through an online survey conducted by the Department. Approximately 23 percent of those persons that participated during the beneficiary consultation process self-identified as DHHL beneficiaries or were identified by cross-checking names in the Department’s lessee and applicant database.

DHHL analyzed beneficiary responses to find that there was no beneficiary consensus either in favor or against the legislative proposal.

Beneficiaries who noted that they did not agree with the proposal expressed concern about social ills and land use, worry about other tribal casino opportunities in Hawaiʻi, unease over the proposal’s timeframe, and communicated the desire to create other new industries like a lottery and marijuana enterprises.

Beneficiaries in support of the proposal noted the increase of community benefits, positive impact that funding would have on DHHL’s Waiting List, desire to try something new, and highlighted that many of the perceived negative impacts were unfounded.

“Although DHHL’s 2009 Beneficiary Policy does not explicitly identify proposed legislation as one of the four types of proposals that require Beneficiary Consultation, we heard resoundingly that Beneficiary Consultation was a priority in advancing this initiative,” said Deputy to the Chair Tyler Iokepa Gomes. “Despite the disproportionate coverage of voices in opposition to the proposal, we witnessed a split that acknowledged a more open-minded and balanced range of reactions. The Department is encouraged by beneficiary voices and will continue to pursue innovative opportunities to address the multi-billion dollar deficit.”

HHC accepted the Beneficiary Consultation Report as the official public record of beneficiary input and feedback relative to the legislative proposal.

Both HB359 and SB1321, as introduced, were deferred from the 2021 Legislative session in February.

Those interested in reading the Beneficiary Consultation Report in full can visit dhhl.hawaii.gov/government-relations/limited-gaming.