BACKGROUND INFORMATION:  On August 31, 2020, DHHL posted a legal ad in statewide newspapers, requesting applications for renewable energy projects for 1 TMK parcel on O‘ahu, 1 TMK parcel on Moloka‘i, and 2 TMK parcels on Hawai‘i Island.  The parcel identified on O‘ahu is TMK (1) 8-9-007:002 located in Nānākuli, outlined in red below: 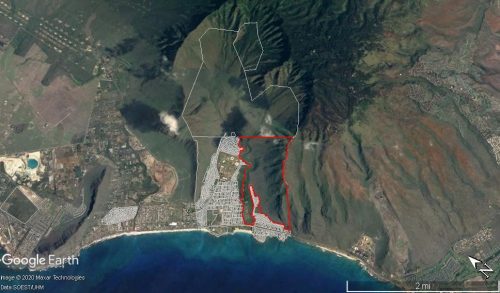 The legal ad referred potential applicants to an Informational Packet which provided more information about the parcel, stating that renewable energy projects should be sited on lands designated for “General Agriculture” uses, which is the yellow portion of the TMK identified below: 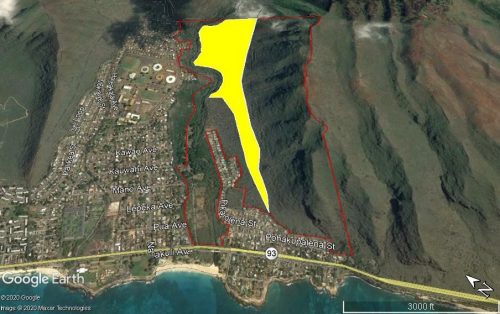 The Packet noted that the area immediately surrounding the Nānākuli stream on the valley floor is subject to flooding and other areas have high slopes.  The deadline for applications is October 16, 2020.