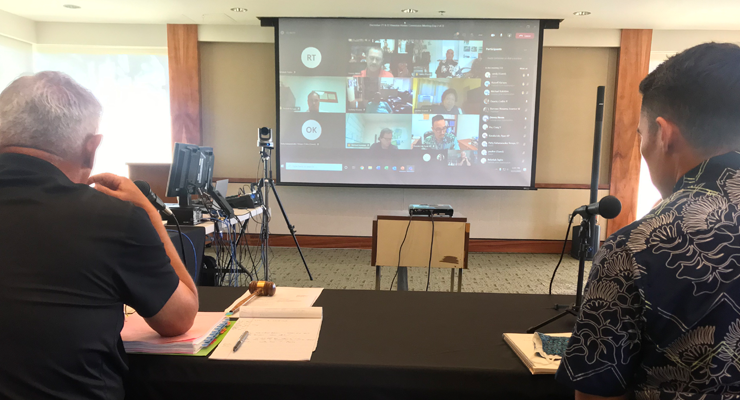 (Kapolei, Oʻahu) – The Hawaiian Homes Commission (HHC) has approved a draft Legislative proposal that would allow limited casino gaming in the form of a single integrated resort property in Kapolei, Oʻahu.

In a 5-4 vote on Tuesday, December 22, 2020, the Commission approved item C-1 on the HHC regularly scheduled December agenda seeking approval of a Legislative proposal to authorize limited gaming in the form of a single integrated resort property on Hawaiian Home Lands designated for commercial use.

“With the Commission’s decision today, we are hopeful that the Hawaiʻi State Legislature will see the urgency of finally addressing the funding shortages of this program,” said Deputy Tyler Iokepa Gomes. “The measure the Department is proposing is bold but we’re at a pivotal point where bold action is necessary to fulfill the responsibility of the trust. We hear the pleas of beneficiaries across the board including the need for swift action to move beneficiaries off the Waiting List and onto homestead lots. This effort does not shift DHHL’s focus from creating homestead opportunities, instead, it provides a way forward in terms of an economic solution to face the common denominator for the struggles faced by the Department – the opportunity to create adequate funding.”

The proposed State Gaming Fund is expected to invest in initiatives to address possible increases in crime, gambling addiction, and other social issues, as well as provide for public security, job training, traffic improvements, and the administrative expenses of the new Gaming Commission.