Masagatani Confirmed As Chair of the Hawaiian Homes Commission

HONOLULU, HAWAIʻI, Mar. 8, 2013 — The Hawaiʻi State Senate today confirmed Ms. Jobie Masagatani as Chair of the Hawaiian Homes Commission and Director of the Department of Hawaiian Home Lands. This action by the Senate makes permanent the interim appointment made by Gov. Neil Abercrombie in May of 2012.

“I would like to thank the members of the State Senate for their vote of confidence, and especially Governor Abercrombie, his Administration, and the many in our community who took the time to submit testimony, for their unwavering support in my abilities to steward the trust established by Prince Jonah Kūhiō Kalanianaole,” said Masagatani.  “There is a lot of work ahead of us, but I am fortunate to have a committed and dedicated staff.  There is much we can achieve through our partnerships, our collaboration with our community leaders, and our willingness to be innovative.”

Masagatani, 48, earned a master’s degree in public affairs/urban and regional planning from Princeton University.  She earned a bachelor of science degree in education from Northwestern University. A graduate of Kamehameha Schools, Ms. Masagatani is a resident of Kailua. 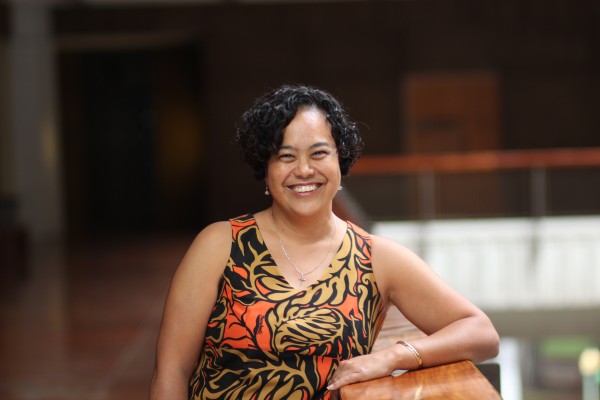 Jobie Masagatani, newly-confirmed Chair of the Hawaiian Homes Commission and Director of the state Department of Hawaiian Home Lands. Photo by Kamana’o Mills, courtesy of DHHL