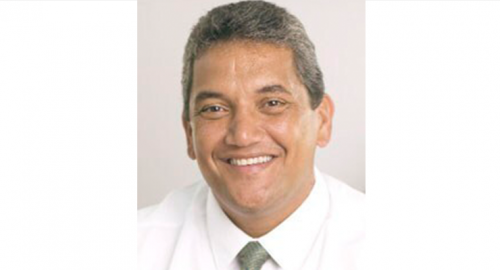 Kenoi died at his Volcano home, surrounded by his wife and children, from myelofibrosis, a rare form of leukemia, on January 26, 2021.

In a Department of Hawaiian Home Lands (DHHL) staff submittal to the Commission, the Department compared the late Kenoi’s public speaking prowess to Prince Kūhiō Kalanianaʻole.

“In reading the many speeches given by our U.S. Delegate, Prince Kūhiō Kalanianaʻole, we admire the oratory, the cadence of the words being spoken and know our kupuna were as mesmerized and appreciative for the Prince’s abilities as they were proud he was native Hawaiian and an aliʻi,” the submittal read. “He was called the ‘People’s Prince’ because of his innate ability to speak to the common man and yet rub elbows with the Washington, D.C. political elite. As the son of one of the first lessees at Makuʻu Farm Lots and then as a successor and co-lessee with his siblings, Mayor Kenoi gave us in this generation and this 21st century, the same inspiration our Prince did to the Hawaiian people over a hundred years ago. And as we honor Mayor Kenoi with this resolution today, let us all remember ‘that if can, can! If no can, still can!’”

“Many in our community knew Billy Kenoi as the Mayor, but the Commission wanted to acknowledge his many accomplishments as a native Hawaiian and his status as homesteader,” said HHC Chair William J. Ailā, Jr. “He was a tremendous orator and I never wanted to follow him on a public speaking agenda, Billy was a tough act to follow.”