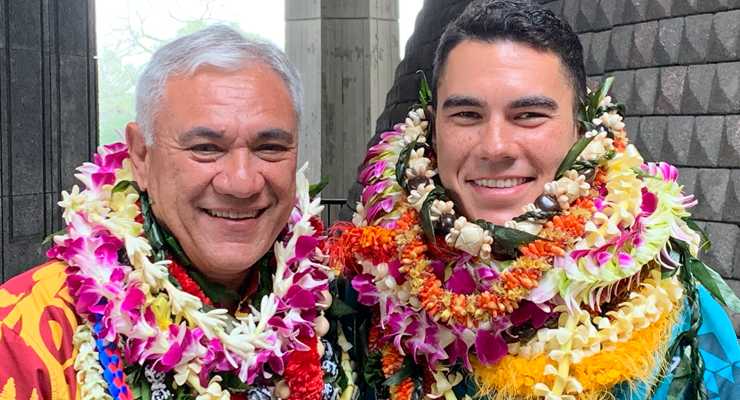 Chair Ailā served as Deputy to the Chair from 2014-2018. He previously headed the Department of Land and Natural Resources (DLNR) and was Harbor Agent for the Waiʻanae Boat Harbor, Division of Boating and Recreation under DLNR.

“I thank Governor Ige and the Senate for the opportunity to continue to serve the Hawaiian community,” said Chair Ailā. “I also want to recognize and thank the beneficiaries – those who supported my nomination and those who did not. As a longtime activist, I support and encourage more civic engagement, not less. In the end, I believe we are all working to better our community and I am eager to collaboratively continue to move the Trust forward.”

Prior to his role at DHHL, Deputy Gomes served as the partnership manager at Elemental Excelerator, where he oversaw the Elemental Hui – a partnership network of local business, non-profit, educational, and philanthropic institutions. He previously served as Deputy Public Defender in the Office of the Public Defender and co-authored and co-edited legal pleadings in Waters v. Nago, which successfully overturned the 2018 election results in the District IV Honolulu City Council race.

“I’m honored to begin serving the beneficiaries of our ʻĀina Pulapula,” said Deputy Gomes. “Prince Kūhiō’s vision of returning native Hawaiians to the land is a solemn kuleana and I look forward to contributing to fulfilling that responsibility.”