Hirono: We Must Stand Together, Fight Back Against Attacks on Native Communities
In Address to National American Indian Housing Council, Hirono Continues Call for Full Reauthorization of Native Hawaiian Housing Programs

“I strongly oppose ongoing efforts to pass a narrow reauthorization of NAHASDA that excludes Native Hawaiians. These efforts seek to pit indigenous communities against one another.”

“Asking us to choose which communities we value over others is a cynical and false choice. We need to stand together and fight back against efforts that demand such a choice. I know we agree on this.”

Last September,Senator Hirono joined all Democratic members of the Senate Indian Affairs Committee to introduce S. 1895 to reauthorize the NAHASDA in a way that preserves funding for Native Hawaiian housing programs. 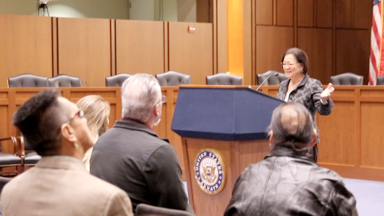