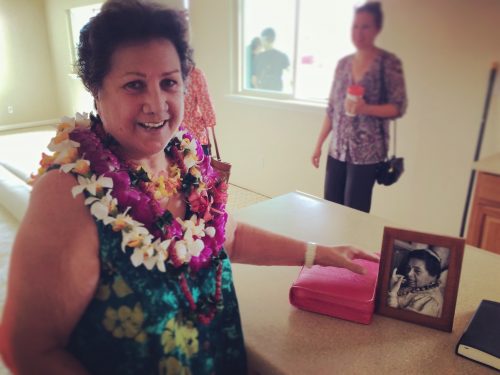 Darleen Kaniho poses in her newly rebuilt home alongside a picture of her māmā Ida Naone, who raised her on this very same homestead lot in Papakōlea.

PAPAKŌLEA, OʻAHU – Aging infrastructure and a reluctance to leave a lifetime of memories behind had homesteader Darleen Kaniho living in uninhabitable conditions for several years in her childhood home in Papakōlea. With the help of Honolulu Habitat for Humanity, Darleen was able to rebuild on her ʻāina hānau with memories intact. 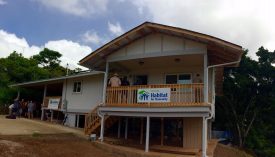 Today, Darleen received the keys to the rebuilt 2-bedroom, 1-bathroom home at the corner of Krauss and Iaukea Streets. In less than 200 days, Habitat partners, staff, and volunteers were able to rebuild Darleen a new, much safer home.

Aging and sometimes dilapidated homes in our older homestead communities like Papakōlea are one of the toughest challenges for homeowners, especially kupuna, who may not have the know-how or savings to complete costly repairs, let alone a rebuild. 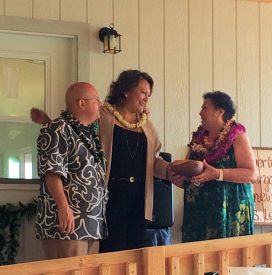