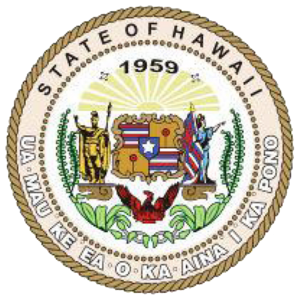 KAPOLEI, HAWAII – The Department of Hawaiian Home Lands is disappointed in yesterday’s decision by the state attorney general to appeal a recent Circuit Court ruling in the Nelson case, which found the state failed to meet its constitutional duty to sufficiently fund DHHL.

Hawai‘i’s state Attorney General’s office filed a notice of appeal late yesterday afternoon over a recent ruling by First Circuit Court Judge Jeanette Castagnetti ordering the legislature to provide sufficient funding to DHHL for its administrative and operating expenses, in line with the constitutional mandate to do so. In the current fiscal year the order identified this amount as being more than $28 million.

“It’s discouraging to see the attorney general pursuing an appeal of this matter on the basis that the court has overstepped its powers. The appeal will eventually end up at the Supreme Court level, and the Supreme Court already ruled in 2012 that the court can determine what is ‘sufficient funding’ for operating and administrative expenses for DHHL,” said Jobie Masagatani, Hawaiian Homes Commission Chair and DHHL Director, “It feels like an unnecessary delay that hurts DHHL and its ability to effectively meet its mission to place native Hawaiians on the land.”

In late November, Judge Castagnetti concluded, “The legislature has failed to appropriate sufficient sums to the Department of Hawaiian Home Lands for its administrative and operating budget in violation of its constitutional duty to do so. This failure includes every fiscal year since at least 1992.” In her 40-page ruling, Judge Castagnetti stated, “DHHL suffers from a lack of funding and staffing, which adversely affects beneficiaries of the Hawaiian Home Lands Trust.”

For the last three years, the legislature has appropriated $9.6 million in general funds to the DHHL, nearly one-third the amount requested by the DHHL to “sufficiently sum” operations. Prior to that, the legislature provided no general funds to the department, prompting six native Hawaiian beneficiaries to file suit against the state in 2007. The Hawaii Supreme Court ruled in favor of the plaintiffs Richard “Dickie” Nelson III, Kelii Ioane, Sherilyn Adams, Kaliko Chun, James Akiona, and Charles Aipia, in 2012, citing the State’s failure to sufficiently fund DHHL.