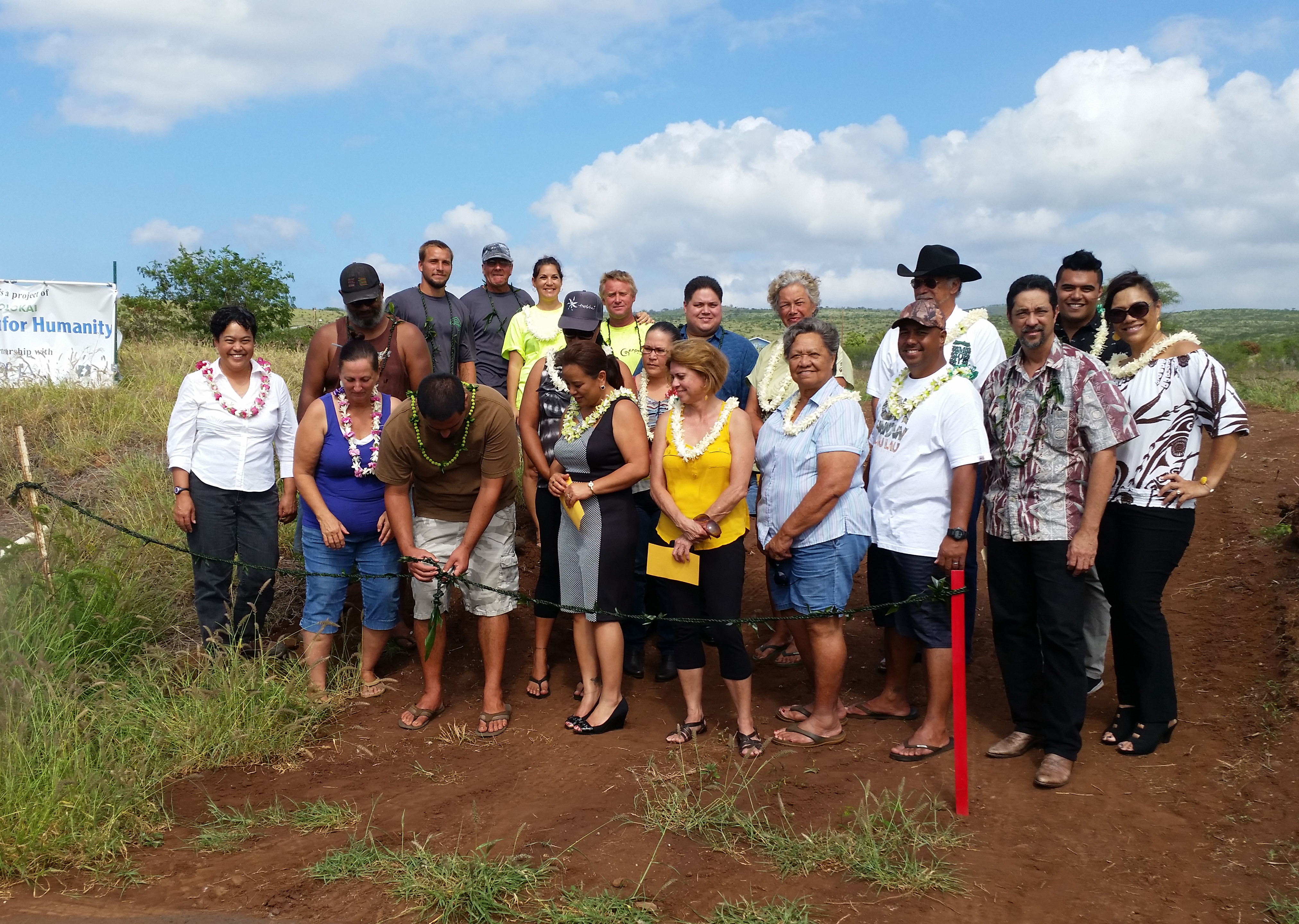 Today, 24-year-old Pelekane-Tamashiro celebrated with family and friends at the groundbreaking ceremony for his home along Paiaa Street in the Kalamaʻula Residence Lots on Molokaʻi. The three-bedroom, two-bathroom home is being built in partnership with Molokaʻi Habitat for Humanity, who hosted the event.

Once complete, three-bedroom home is sure to be a full house. Pelekane-Tamashiro will be moving in his mother, Patricia Tamashiro, his sister Paulette, and his brother and his brother’s two keiki.

Pelekane-Tamashiro took advantage of the Zero Percent Interest Loan program offered by the Department of Hawaiian Home Lands for lessees who partner with any of our Habitat for Humanity affiliates statewide, as well as the Section 8 Housing Choice Voucher Homeownership Option Program, which will be used to subsidize his mortgage payments.

This is the second of five homes being built in partnership with Moloka’i Habitat using federal funds under the Native American Housing Assistance and Self-Determination Act or NAHASDA.