The 64-year-old Hawaiian homesteader from Kula, Maui, is an active board member of the Waiohuli Hawaiian Homestead Association and played an integral role in the development of the Waiohuli Community & Recreational Center, which has been under construction since last summer.

Gomes is employed as a building permits facilitator for Palekana Permits, but finds time to serve as president-elect of the Maui Native Hawaiian Chamber of Commerce, whose mission it is to enhance the socio-economic status of native Hawaiians in business. She also serves on the board of the Kula Community Association, and is an active member of the ‘Ahahui Ka’ahumanu, a civic club dedicated to caring for the elderly and the ill.

“Pua Gomes is a shining example of an active Hawaiian homesteader with her finger on the pulse of the Hawaiian homestead community on Maui,” said Jobie Masagatani, HHC Chair and DHHL Director, “We look forward to tapping into this experience at the Commission.”

Born and raised on the island of Maui, Gomes retired from Hawaiian Telcom in 2005. Gomes is no stranger to government agency oversight. She currently serves as commissioner for the Maui County Department of Fire and Public Safety, and from 2005 to 2010, Gomes served on the Maui Police Commission, spending her last two years as Chair. She also served on boards at the Boys & Girls Club of Maui and Hui No Ke Ola Pono, a native Hawaiian health non-profit.

In addition, Gomes is an advocate for the American Cancer Society and Juvenile Diabetes Research Foundation, and she has been a Maui County Health Volunteer since 2007. Gomes earned an associate’s degree in general studies from the University of Phoenix.

Gomes fills the seat left vacant by Perry Artates, who resigned in August 2013. If confirmed by the Hawaii State Senate in January, Gomes will serve the rest of Artates’ term, ending June 30, 2015.

ABOUT THE HAWAIIAN HOMES COMMISSION 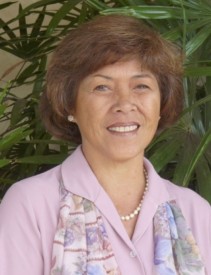