KAPOLEI, HAWAI‘I – DeBartolo Development was granted a one-year time extension in a unanimous vote by the Hawaiian Homes Commission today, allowing the developer of the $500 million Ka Makana Ali‘i regional shopping center in East Kapolei to finalize its design and financing for the project.

Department of Hawaiian Home Lands (DHHL) has been in ongoing negotiations with DeBartolo regarding the conditions of the agreement, primarily due to the economic climate. The affirmative vote by the Commission moves the project forward.

“I’m optimistic about this project and the positive impacts it will have on our programs and our ability to place native Hawaiian families on the land,” said Jobie Masagatani, chair of the Hawaiian Homes Commission and director of DHHL. “I commend the Commission for their thoughtful stewardship and thank my staff for their hard work and efforts in bringing us forward.”

Under the agreed upon terms, DeBartolo will pay DHHL more than $600 million in rent over the course of 65 years for use of 67 acres of land between Kapolei Parkway, Roosevelt Avenue and Kualaka‘i Parkway in Kapolei. Revenues from the master lease will finance the building of hundreds of homesteads for native Hawaiians adjacent to the center and open up other homesteading opportunities statewide.

In responding to community concerns, DeBartolo agreed to a community benefits package estimated at $5.5 million for the first 25 years of the project. In addition, the developer agreed to construct a community park in the Hawaiian homestead community of Kānehili, the details of which are to be negotiated between DHHL and the beneficiaries of the Kapolei region.

DeBartolo plans to break ground for construction of the 1.4 million square-foot project on 67 acres of DHHL land next year, with Phase I scheduled to open in 2015.

Upon completion, Ka Makana Ali‘i will be the third largest regional mall on O‘ahu, after Ala Moana Center and Pearlridge Center. The project is expected to bring an economic boost to West O‘ahu, creating thousands of jobs in construction and retail. Development plans include a major department store, a movie theater, retail stores, restaurants, two hotels, and office space.

For more than six decades, the DeBartolo name has been an icon in the real estate industry. Founded by legendary entrepreneur Edward J. DeBartolo Sr., DeBartolo pioneered the mall concept and built some of the most well-known shopping meccas in the nation. Led today by Edward J. DeBartolo Jr., former owner of the five-time Super Bowl Champion San Francisco 49ers and three-time Stanley Cup Champion Pittsburgh Penguins, and his brother, Edward Kobel, DeBartolo Development is one of the largest privately held real estate development companies in the country. With years of work in ground-up development, joint venture projects and asset management, DeBartolo Development has extensive experience in a wide range of capabilities. From basic retail centers to the most modern mixed-use environments, to reliable investment opportunities, DeBartolo Development continues the family tradition with a suite of solutions created to meet the unique challenges of today’s market. For more information about DeBartolo Development, please visit our Website at ww.debartolodevelopment.com.

ABOUT DEPARTMENT OF HAWAIIAN HOME LANDS 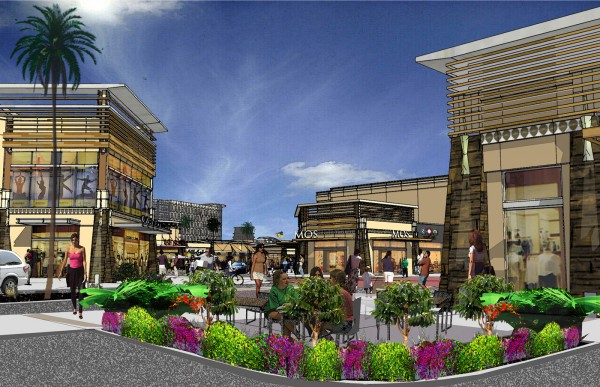