Posted on Sep 25, 2012 in Department of Hawaiian Home Lands 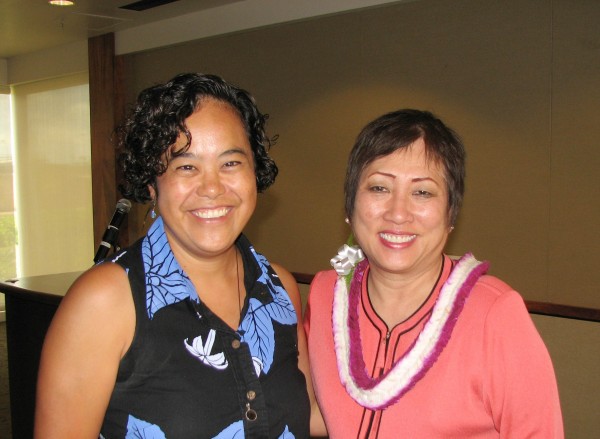 U.S. Rep. Hanabusa was quick to lay out the financial and political realities facing the Department in Washington D.C., and urged DHHL to spend the federal funds previously allocated under the Native American Housing Assistance and Self-Determination Act or NAHASDA.

“The reason why is if you look at the funding that DHHL is receiving under NAHASDA, you haven’t expended,” said Hanabusa, “And the point is if you don’t expend then why should the federal government continue to fund?”

NAHASDA is up for reauthorization or renewal before Congress in 2013, something the Congresswoman is pushing hard to pass considering DHHL’s current financial situation.

“As all of you may know, the settlement of what we used to call the ‘Waitlist Claims’, the breach of fiduciary duties of the state is going to expire in 2014.” added Hanabusa.

Hanabusa is referring to the $600 million court settlement from the early 1990s, which currently infuses DHHL with $30 million annually.

In light of this as well as the recent Hawaii Supreme Court case ruling in Nelson v. Hawaiian Homes Commission calling for “sufficient sums” of money to fund DHHL, Hanabusa posed an alternative funding stream for the Department to cover operating and administrative expenses.

“Battle for part of the ceded lands revenues with the state,” urged Hanabusa, “We’re not talking about OHA 5(f) revenues, not the 20 percent, but a direct take from ceded land revenues, because that, to me, is the intent of the revenues generated from the crown lands.”

“I have had many a discussion as to whether or not you should comply with city and county ordinances? That because you are federally mandated, what kind of independence or sovereign rights you do have?” asked Hanabusa, “I’ve always been one who said, ‘You know what? Test it,’ because if you don’t test it, the compliance is going to be one of basically saying, ‘hey you guys agree.’”

Hanabusa reiterated her strong sense of appreciation for the work of the Department in returning Native Hawaiians to the land.

“This is an issue that I’ve been passionate about the whole time I was in political office,” said Hanabusa, “You cannot grow up in Wai’anae and have it not mean a lot to you.”