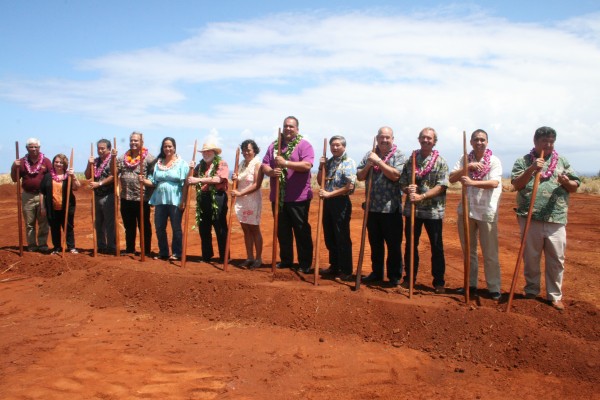 “Today’s ceremony reminds us of the commitment we’ve made to the native people of this ‘āina, a commitment to work toward the betterment of the native Hawaiian people,” said Gov. Abercrombie, “Prince Kūhiō, a native of Kaua‘i, had the foresight to know Hawaiians would thrive if given an opportunity to return to the land. This vision is realized here today.”

Future Pi‘ilani Mai Ke Kai homeowners were awarded an Undivided Interest lease for a 10,000-square-foot residential lot in this subdivision in April 2006. The undivided interest lease program was designed to provide lessees the time to prepare for homeownership while the subdivision was developed.

Mayor Carvalho congratulated Kaua‘i’s newest homesteaders, saying, “I am proud to see the Anahola Hawaiian homestead community growing and thriving. This is a significant milestone on the road to a vibrant Kaua‘i.” 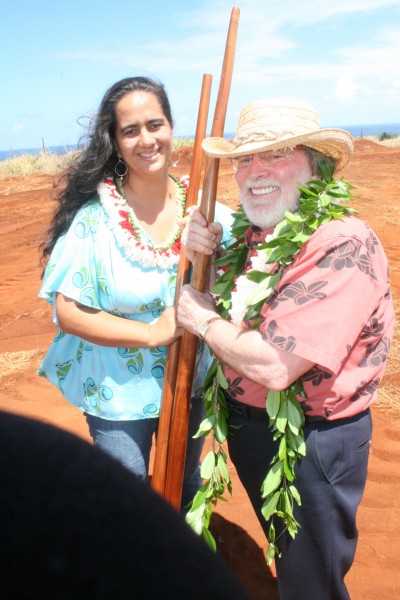 “These homes not only represent an incredible opportunity for 51 families, but also the result of a successful collaboration among state, federal, and private partners,” said Chair Masagatani.

The U.S. Department of Agriculture’s Rural Development Agency awarded a grant to the non-profit organization Nā Kūpa‘a O Kūhiō for work on the potable water system. The telecommunications infrastructure is being financed by Sandwich Isles Communications, Inc., and the remaining infrastructure work is funded with Hawaiian Home Lands trust funds, along with Native American Housing Assistance and Self-Determination Act funds under the U.S. Department of Housing and Urban Development.

Phase I of the Pi‘ilani Mai Ke Kai subdivision became home to the first of 36 native Hawaiian ‘ohana in November 2009. Another four homes are currently under construction in that subdivision.