Posted on Nov 30, 2011 in Department of Hawaiian Home Lands 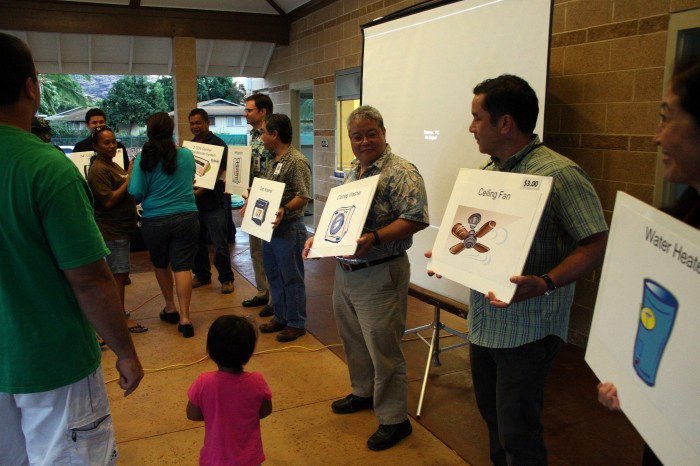 November 29, 2011 — While swarms of homestead kids swirled in and around the end of the Kaupuni cul-de-sac, their parents were gathered at the community center to learn how to get the most out of their super energy-efficient LEED Platinum homes.

From the National Renewable Energy Laboratory (NREL), Ken Kelly was joined by Paul Norton (who conducted his presentation from Denver, Colorado via via speakerphone and web page hookup).

Kai said, “Thank you, everyone, for such a wonderful educational evening last night.” He said the homeowners that lingered afterward kept saying how they loved they educational workshop. “Some of them like how it reinforced what they learned just in the last few months.”

“It was a really fun evening.”

Here are a few photos from the event: