Posted on Sep 13, 2011 in Department of Hawaiian Home Lands 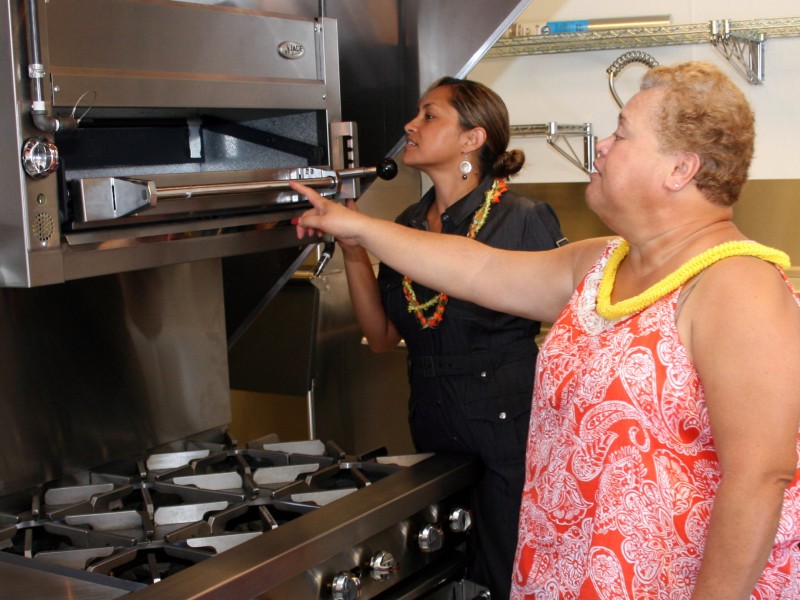 “Papakōlea has a long history of a presence of families who can cook, who cater parties,” said Aunty Puni Kekauoha. “But they always had a hard time finding a commercial kitchen.”

That search now becomes a little easier with the Sept. 13 blessing of the new Papakōlea Commercial Kitchen, nestled in the community center of the Honolulu hillside homestead. The kitchen has been a dream of the Papakōlea Community Development Corporation – the non-profit of which Kekauoha is the Executive Director – for over a decade.

The new kitchen will be available to food service and food manufacturing entrepreneurs hailing from Papakōlea, create service-learning opportunities for youth with a window to sell snacks to community center goers, and support the non-profit’s operation of the Papakōlea Community Center and Park.

The Kahiau Foundation – founded by a former Makiki resident who befriended many kūpuna in Papakōlea – provided a grant to design and build the $298,000 kitchen. Further in-kind donations were provided by the contractors working on the project.

Referring to a list of projects generated by a community visioning process conducted in 1997, Kekauoha says, “completion of the commercial kitchen finishes Papakōlea’s wish list.”