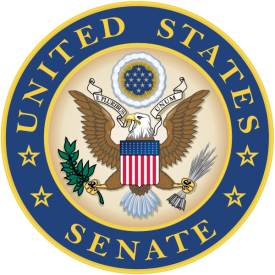 Will Serve on a Total of Five Committees in the Senate

The appointment is an especially important one. Prescribed in the U.S. Constitution, the Committee writes the legislation that allocates funds to government departments, agencies, and organizations. The Committee also has responsibility for supplemental spending bills as may be needed during the fiscal year.

“This is an important job because the Committee makes appropriations that support our national priorities and because I will be in a position to ensure that the needs of Hawai’i are strongly represented at a critical juncture,” stated Senator Schatz. “It is an honor and I look forward to working with all Committee members as we move forward.”

“The Appropriations post is a most significant one for our State and Country,” stated Retired Admiral Thomas Fargo, former Commander of the United States Pacific Command. “This appointment so early in his career speaks to the fact that Senator Schatz has earned the respect of his Senate colleagues and is increasingly effective in Washington.”

In addition, Senate Democratic leadership selected Senator Schatz to serve as one of three Democrats on the Senate Select Committee on Ethics. The Ethics Committee investigates allegations, and recommends disciplinary action, in cases of improper conduct by senators including violations of law or Senate rules and regulations.

Appointments to these four committees are subject to a full vote by the Senate that is scheduled to occur in early January 2015.

Senate Democrats have also named Senator Schatz to the Democratic Steering and Outreach Committee, a Democratic leadership committee. The group makes recommendations on committee chairmanships and committee assignments to the Democratic caucus. It also brings together senators, community leaders, policy experts, businesses and intergovernmental organizations to help develop policies to strengthen the economy and support families, workers and businesses.