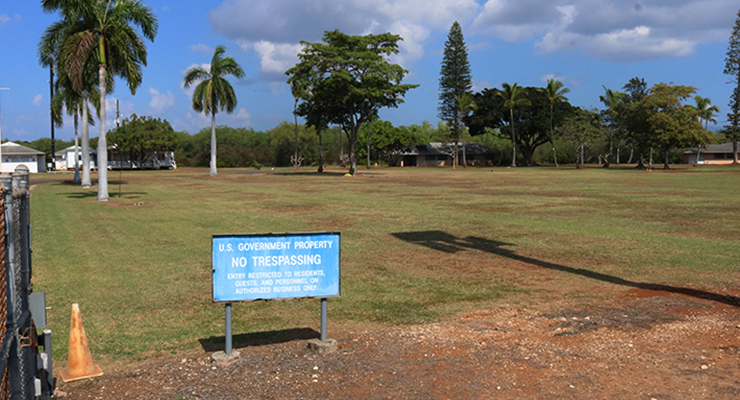 (ʻEwa Beach, Oʻahu) – The Department of Hawaiian Home Lands (DHHL) has advised the U. S. General Services Administration (GSA) that it will accept the transfer of approximately 80 acres from the federal government as provided by the Hawaiian Home Lands Recovery Act of 1995, Public Law 104-42 (HHLRA).

DHHL and the Department of the Interior’s Office of Native Hawaiian Relations surveyed Hawaiian Homes Commission Act beneficiaries as well as Native Hawaiian Organizations through an online recorded presentation followed by a digital survey to gather feedback on the potential transfer. The input period concluded on March 18, 2021.

The property is a portion of the former Pacific Tsunami Warning Center (PTWC) site near the end of Fort Weaver Road in ʻEwa Beach, Oʻahu.

The HHLRA intended to provide, in part, for the settlement of claims against the United States through the exchange and transfer of federal lands for the United States’ continued retention of lands initially designated as available lands under the Hawaiian Homes Commission Act, 1920, as amended, and for the lost use of such lands.

Congress authorized the transfer of government surplus land to the Hawaiian Home Lands Trust in 1995 with the enactment of the HHLRA. A transfer of the former PTWC parcel would utilize $10 million of a $16.9 million land credit that the trust has with the federal government.

The $16.9 million land credit was agreed to when the transfer of a 47-acre Waipahū FCC Monitoring Site was not conveyed to DHHL by an August 31, 2000 deadline.

Since the enactment of the HHLRA, nearly 900 acres of Federal lands have been transferred to DHHL. The ʻEwa Beach parcel would represent the first transfer of lands that are suitable for homesteading. The property is near water, sewage, and electrical infrastructure with paved roads and an existing residential community. All previous HHLRA land transfers have been in commercial or industrial areas that the Hawaiian Homes Commission (HHC) and its beneficiaries have designated for revenue-generating purposes through the Department’s Island Plan process.

“This transfer of land from the U.S. Government is truly in line with the spirit of the Hawaiian Home Lands Recovery Act,” said HHC Chair William J. Ailā, Jr. “This large swath of flat land is in close proximity to existing infrastructure, which will allow the Department to develop these lands quicker and for a lower cost than our more isolated parcels.”

Once the land transfer has been completed, DHHL will request funding from the Legislature for master planning purposes and begin Beneficiary Consultation to determine the design of this new homestead community on Oʻahu.